Carrying this Message to the Wider World?

Here we cite and use excerpts to show how helping others helps us in recovery and how the wider world can and has benefited from a similar approach.

“The helper therapy principle (HTP) refers to the theory that when helpers help a fellow sufferer they help themselves. The HTP is reflected in the stated purpose of Alcoholics Anonymous (AA): “Our primary purpose is to stay sober and help other alcoholics to achieve sobriety” (A.A. World Services [A.A.], 2001, p. 100).

The famous 12th Step of the 12 Steps of AA ( 12. Having had a spiritual awakening as the result of these steps, we tried to carry this message to alcoholics, and to practice these principles in all our affairs.) exhorts the alcoholic to help others who have the same illness. Helping other alcoholics helps the alcoholic helper stay on the path of recovery. The health benefits for the helper, in the context of AA and more broadly, deserve further analysis. Although service is one of the three dimensions of the AA program as originally designed in 1939, public awareness of the prominence of service in recovery is low.

This article begins with an overview of AA-related helping (AAH) applied to other alcoholics, then builds outward to apply the HTP to other clinical populations, then reviews the health benefits of helping others in general…

The book Alcoholics Anonymous: The Story of How Many Thousands of Men and Women Have Recovered from Alcoholism is called the “Big Book” in the AA movement. The opening segment of this classic grassroots treatment manual begins with the word We. The essence of the program is captured in the phrase, “We work out our solution on the spiritual as well as an altruistic plane” (A.A., 2001, p. xxvi). For AA members, the solution lies in the
“we” of fellowship, and the recognition of the fact that “I” cannot improve myself alone (A.A., 2001, p. 201).

The 12th Step transposes this language of “we” into the principle of service: “Having had a spiritual awakening as the result of these steps, we tried to carry this message to alcoholics, and to practice these principles in all our affairs” (A.A., 2001, p. 60). The Big Book is abundantly clear: “Our very lives, as ex-problem drinkers, depend upon our constant thought of others and how we may help meet their needs” (A.A., 2001, p. 20). Thus, it is clear that
sobriety is gained in AA by constant attention to helping other alcoholics. AAH behaviors include acts of good citizenship as a member of a 12-Step program (i.e., putting away chairs at meetings, donating money), formal service positions available in AA (i.e., public outreach, etc.), and transmitting personal experience to another fellow sufferer (i.e., sharing one’s story or progress with step work; Pagano et al., 2009). 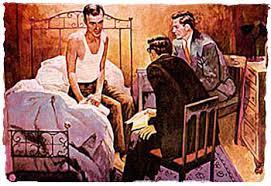 The word constant indicates that this concern with helping other drinkers must become an enduring daily practice to keep the disease of addiction in remission. “Helping others is the foundation stone of your recovery. A kindly act once in a while isn’t enough. You have to act the Good Samaritan every day, if need be” (A.A., 2001, p. 97). Of course, this admonition is balanced by the recognition that, “We are not saints. The principles we have set down are guides to progress. We claim spiritual progress rather than spiritual perfection” (A.A., 2001, p. 60). Progress is made by the daily pruning of egocentrism, which blocks out the sunlight of the spirit and essential contact with a God of one’s understanding.
“Selfishness–self-centeredness! That, we think, is the root of our troubles: : : : Above everything, we alcoholics must be rid of this selfishness. We must, or it kills us” (A.A., 2001, p. 62). This egocentrism manifests itself beyond the most evident symptom of drinking; the Big Book refers to selfish resentment, dishonesty, self-seeking, and unkindness.

The treatment of alcoholism’s root cause lies in a shifting away from selfishness and selfcenteredness— a shift best achieved through active helping of other alcoholics.

AA doctrine asserts that “nothing will so much insure immunity
from drinking as intensive work with other alcoholics” (A.A., 2001, p. 89). Although receiving a direct benefit of another day sober, a recovering alcoholic gives without expectation of social reciprocity from the recipient. As described in the book The Twelve Steps and Twelve Traditions, “this is indeed the kind of giving that actually demands nothing. He does not expect his brother sufferer to pay him back, or even to love him” (A.A., 1981, p. 109). AA members state, “Though they knew they must help other alcoholics if they would remain sober, that motive became secondary. It was transcended by
the happiness they found in giving themselves for others” (A.A., 2001, p. 159).

Service as a pillar in the foundational framework of the 12-Step program can be can be traced to the influence of the Oxford Group, founded by Frank Buchman. The Oxford Group was an American spiritual movement that sought to revive the power of first-century Christianity (not to be confused with the Oxford Movement of England in the second half of the 19th century). Dr. Bob and William Wilson (Bill W.), the other cofounder of AA, subscribed to much of the ideology of this popular Christian revival community. Group
members sought a spiritual regeneration through the “four absolutes” of absolute honesty, absolute unselfishness, absolute purity, and absolute love.

Although the Oxford Group was not designed specifically for alcoholics, there were alcoholics who became sober in the organization, including Bill W. As a generalization, active alcoholics have been observed to be “childish, emotionally sensitive, and grandiose”
(A.A., 1981, p. 122), and to lack insight into the impact of their actions on others. “King Baby” is a colloquial term for describing this cluster of traits. Rigorous self-examination, confession of character deficits, making restitution for harms done, giving without thought of reward, and seeking guidance from God in all things were core practices of the Oxford Group.

These practices of self-examination and making amends encouraged Bill W. to get involved in the Oxford Group. When Bill W. and Dr. Bob first met in Akron, Ohio, in May 1935, both were affiliated with the Oxford Group movement. Dr. Bob and Bill W. worked together and formulated what would become the 12 Steps. While formulating these steps, Bill W. convinced Dr. Bob that the idea of service was missing from his program of recovery. Once Dr. Bob adopted service into his program of recovery, he remained sober
until his death in 1950 (A.A., 1980).
AA became its own entity in the summer of 1939 when it separated from the Oxford Group (A.A., 1997). Although spirituality remained important, Bill W. and Dr. Bob separated from the Oxford Group because they wanted a nondenominational program of recovery. They also emphasized the high importance of service as applied to fellow alcoholics.

In addition to helping other alcoholics, they promoted helping others in general, as captured in the language of the 12th Step, “practice these principles in all our affairs” (A.A., 1981, p. 60).