An Interpersonal Model Of Relapse – Part 1

While neurobiological accounts of addiction suggest the main cause of relapse is due to responding to alcohol or drug cues, an effect heightened in the presence of stress, it often does not allow for the main arena in which this stress/distress occurs i.e. with loved ones or people we are having relationships with, or thwarted relationships . Living with others can be difficult for alcoholics and addicts especially as we often found ourselves living in social isolation from others at the endpoint of our addictions.  Especially as many of us, if not the majority, have insecure attachment styles.

So why do addicts and alcoholics and others suffering from a range of addictive behaviours from sex to eating disorders have difficulties with coping with relationships with others?

This point certainly needs addressing as it appears to be a major determinant of relapse!

It appears to me increasingly that part of my alcoholism is rooted not only in the genes I inherited from both my parents but in the fertile ground of insecure attachment and childhood maltreatment.

So have any researchers considered these factors? Not many it has to be said but this study (1) certainly did an it is one o the best and most comprehensive studies I have read in relation to these issues.

So in short, is there a sequelae between insecure attachment, rejection issues, low self esteem, interpersonal relationship difficulties and relapse?

“In this article, we review the literature on interpersonal stress and rejection sensitivity and examine how these factors increase the risk of relapse in individuals with alcohol or drug dependence…(to) provide insight into the role of interpersonal stress as a powerful and oftentimes destructive factor that affects individuals in recovery from substance dependence.

Relapse following treatment for alcohol or drug use disorders is a common problem. Studies indicate that 50–70% of patients are unable to remain abstinent during the first year following addiction treatment (1)…(we)  review the constructs of rejection sensitivity, insecure attachment, and low self-esteem, integrating these traits and considering how they influence relapse vulnerability…

Next (blog 2), we review the constructs of expressed emotion, perceived criticism, and marital distress, examining how these negative social contexts can contribute to unfavorable outcomes among individuals recovering from substance dependence.

We conclude with the testable hypothesis that there exists a subgroup of substance-dependent individuals with high trait rejection sensitivity that is particularly vulnerable to relapse in the context of a harsh and critical interpersonal milieu. We propose that high trait rejection sensitivity is a unique risk factor for relapse that can inform research in this area. 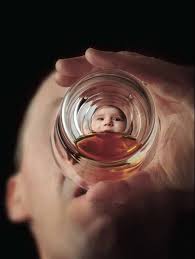 Intrapersonal Vulnerabilities to Addiction and Relapse

Interpersonal stressors are regarded by many as the one of the most severe forms of stress and can affect an individual’s cognition and behavior. Interpersonal stress is a well-known precipitant of maladaptive drug and alcohol use…we will review the extant literature on the related constructs of rejection sensitivity, insecure adult attachment style, and low implicit and explicit self-esteem. Although not identical, all of these constructs contribute to an individual’s compromised sense of self and an inability to interact comfortably and effectively with others. Further, they all share a propensity to increase an individual’s vulnerability to addiction.

Rejection sensitivity (RS) is defined as the disposition to anxiously expect, readily perceive and react intensely to rejection. High-RS individuals interpret ambiguous social cues as indicative of rejection (22,23,24). Individuals entering into a romantic relationship with expectations of rejection attribute insensitive behavior by their partners to hurtful intent. RS also causes people to be dissatisfied in relationships and to anticipate that their partners are dissatisfied and want to end the relationship. High-RS individuals react in ways that undermine their relationships, ultimately serving as “self-fulfilling prophecies” (22,23). High-RS people have lower self-esteem and coping skills than those with low RS…and have higher levels of drug use than low-RS individuals (24).

High-RS individuals may quickly activate a defensive motivational system (DMS), which acts automatically and at a nonverbal level (22). The DMS results in rapid execution of automatic behavior aimed at self-protection, whether the threat is physical or social (22). Although the DMS is adaptive when a quick automatic defense to threat is required, it is maladaptive when a response requires higher reflective cognition (22)….

…thwarting a person’s fundamental need to belong produces cognitive dissonance, leading to a failure to self-regulate effectively, which is manifested in self-defeating behaviors (25).

Anxiously attached adults lack self-confidence, are extremely sensitive to interpersonal rejection and lack effective emotion regulation skills, while securely attached adults have high self-worth, perceive that other people are accepting and engage in healthy coping skills (28,29,30). The ability to regulate distressing emotional experiences is theorized to develop during infancy in the context of a responsive and available caregiver (27,28,30). A primary function of attachment, therefore, is the interpersonal regulation of distressing emotional states (27,31). Insecure attachment is marked by deficient mood regulation skills and a propensity to use maladaptive coping methods, such as drugs and alcohol, to modulate distressing affect (27,29,30,31,32).

Anxious attachment, therefore, predisposes individuals to heightened interpersonal conflicts due both to their diminished self-worth and their deficits in regulating emotion. 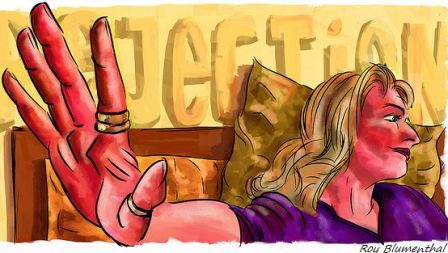 Insecure adult attachment is associated with addictive disorders (27,28,29,31,32). Thorberg and Lyvers (30) found that, compared with control subjects, individuals with a substance use disorder scored lower on the “attachment dimension of close” and the “attachment dimension of depend” and higher on the “anxiety dimension” of the Revised Adult Attachment Scale. These measures reflect the extent to which a person feels comfortable with closeness and intimacy, how much they feel they can depend on others, and how anxious they are of being abandoned or unloved. Those with substance use disorders were also more emotionally reactive than controls (30). Another study by these investigators (31) used the Negative Mood Regulation (NMR) expectancies scale to examine the association between anxious attachment and mood regulation. The NMR measures an individual’s ability to regulate and successfully cope with negative affective states. They found an association between anxious attachment and a diminished ability to regulate negative moods and postulated that substance use represents a “mood regulating coping mechanism” (30).

Negative reinforcement of social rejection is not the only mechanism increasing high-rejection-sensitivity individuals’ risk for addiction and relapse. Because rejection activates the defensive motivational system, these individuals frequently respond with automatic aggressive behaviors, sometimes assuming a passive form of “going out and getting wasted” to “punish” the person who rejected them. Social rejection also impairs self-regulation, further diminishing the high- rejection-sensitivity individual’s ability to employ the strategies and cognitions necessary to avoid relapse.

In Part 2 we will look at low self esteem and interpersonal vulnerabilities to relapse (particularly in family settings).